Destroying a country takes time. But it can be done.
"The cell is narrow. When I stand at the center, facing the steel door, I can't extend my arms. But it is long, and when I lie down, I can stretch my entire body. A stroke of luck, for in the cell I previously occupied - for how long? - I was forced to huddle up when seated and keep my knees bent when lying down."

"In the entrance hall of La Opinion stands a weeping mother asking to see me. I don't have the strength for this meeting, because I'm as despairing as she. My secretary persuades the woman to give the reason for coming to see me. Her two children have disappeared. A girl and a boy, eighteen and fifteen years old. They were taken from the house, while she was out. The neighbors said, they saw to cars with armed men... She is convinced, the editor of a newspaper is sufficiently powerful to find her children. It's a lie. She isn't convinced, for she knows that I can do nothing. Everyone knows, I can do nothing. But they have nowhere to go, and they come to La Opinion... I could anticipate this woman's story and therefore didn't receive her. I receive some, others not. It depends on the degree of despair I'm feeling the day they arrive. And they arrive in large numbers... Yet, when my secretary tells me the story, how can I live with that? Well, one can live with it. The Germans did, the Italians did, the Russians do, the Paraguayans do, the Czechs do, the Uruguayans do."

"When they broke into house, they didn't find the one they were looking for, the father. They placed hoods over the others and took them away - the mother, both sons, and the daughter-in-law, and the servant. A few days later the servant was released. They began torturing the mother, the sons and the daughter-in-law. Whereupon the father appeared before the judge to testify that it was he, who the police were after... The judge turned him over to the police, and the police released his wife. The father, the sons and the daughter-in-law where incarcerated at Coty Martínez, the clandestine prison. For a while, all four where tortured. Then only the father. Before each of the father's torture sessions, his sons were ordered to prepare food for him and take care of him, so that he'd be fortified for the torture."

"The examiner returns and asks about our persistent reporting on Russian dissidents. I reply that we began printing all the news we could get on the subject several years ago, and even engaged a Russian translator, so that poems written by dissidents would, at least, have a direct rendition rather than the one taken from French or English. He tells me that I've failed to understand his question. He wants to know why we did it. I make one more effort to explain the ideology of La Opinión, the battle against leftist and rightist extremism. But he interrupts me. He's convinced that dissemination of dissident activity has as its only object the glorification of dissidence as a principle..."

"It sounds absurd to read that my torturers wanted to know the details of the interview they believed Menachem Begin had held in 1976 in Buenos Aires with (leftist) Montoneros guerillas. It's less absurd when you are being tortured to extract an answer to that question."

"Question: We'd like to know some further details on the Andinia plan. How many troops would the State of Israel be prepared to send (to Patagonia)? Answer: Do you even believe in this plan, that it even exists? How can you imagine 400,000 Argentinian Jews being able to seize nearly 1 mln. square kilometers... what would they do with it?.... Question: Listen, Timerman, this is exactly what I am asking you."

Хакобо Тимерман. "Узник без имени, камера без номера."
"Slavery, I hold it to be an undisputable proposition, exists in the United States because it is respectable. The slaveholder is a respectable man in America. All the important offices in the Government and the Church are filled by slaveholders. Slaveholders are Doctors of Divinity, and men are sold to build churches, women to support missionaries, and children to send Bibles to the heathen. Revivals in religion and revivals in the slave trade go on at the same time.

Now what we want to do is to make slavery disrespectable. Whatever tends to make it respectable tends to elevate the slaveholder; and whatever, therefore, proclaims the respectability of the slaveholders, or of slaveholding, tends to perpetuate the existence of this vile system."

Обсудите.
From now on, here: 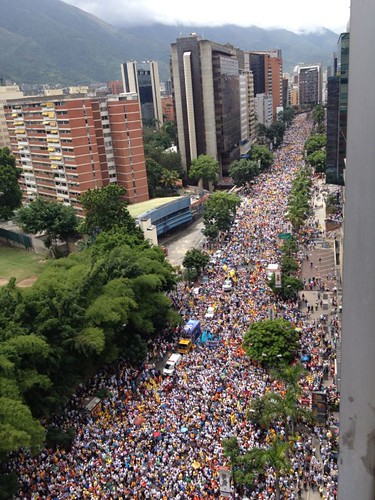